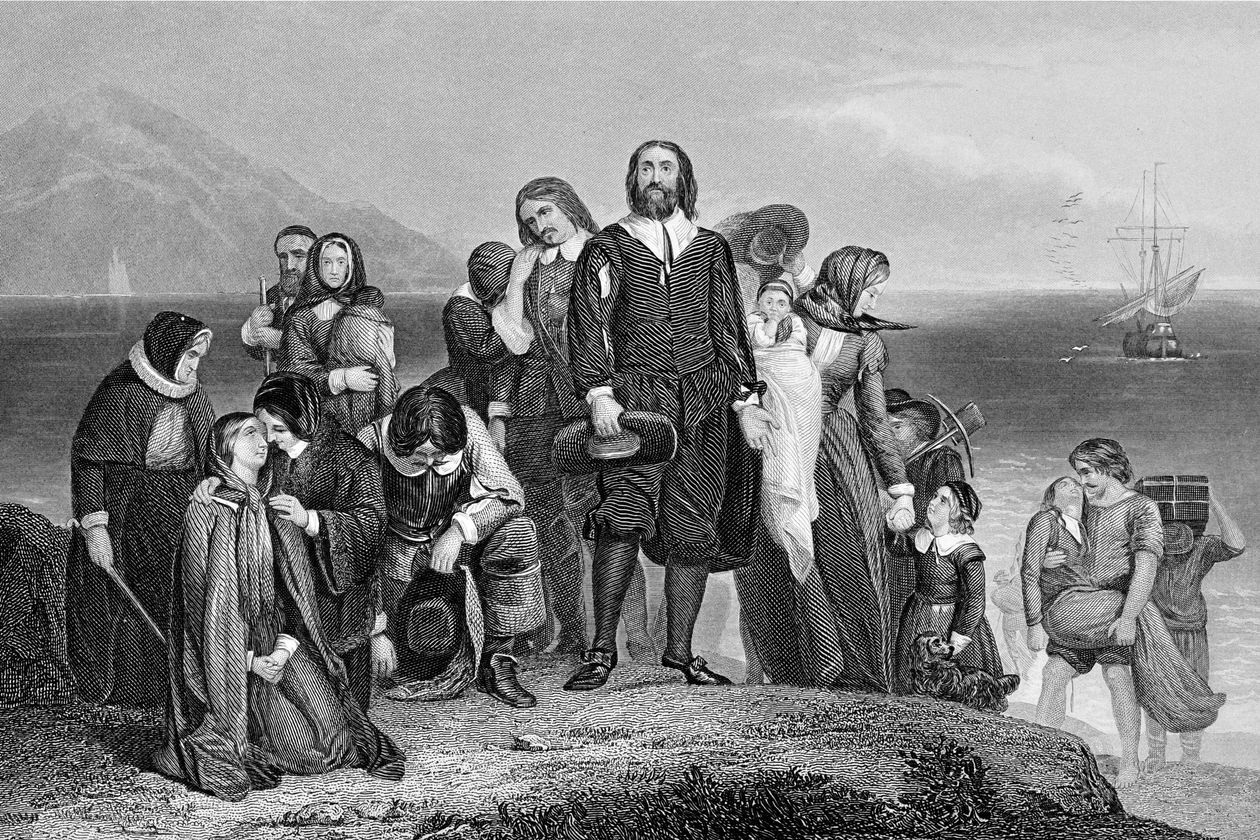 Here beginneth the chronicle of those memorable circumstances of the year 1620, as recorded by Nathaniel Morton, keeper of the records of Plymouth Colony, based on the account of William Bradford, sometime governor thereof:

So they left that goodly and pleasant city of Leyden, which had been their resting-place for above eleven years, but they knew that they were pilgrims and strangers here below, and looked not much on these things, but lifted up their eyes to Heaven, their dearest country, where God hath prepared for them a city (Heb. XI, 16), and therein quieted their spirits.

When they came to Delfs-Haven they found the ship and all things ready, and such of their friends as could not come with them followed after them, and sundry came from Amsterdam to see them shipt, and to take their leaves of them. One night was spent with little sleep with the most, but with friendly entertainment and Christian discourse, and other real expressions of true Christian love.

The next day they went on board, and their friends with them, where truly doleful was the sight of that sad and mournful parting, to hear what sighs and sobs and prayers did sound amongst them; what tears did gush from every eye, and pithy speeches pierced each other’s heart, that sundry of the Dutch strangers that stood on the Key as spectators could not refrain from tears. But the tide (which stays for no man) calling them away, that were thus loath to depart, their Reverend Pastor, falling down on his knees, and they all with him, with watery cheeks commended them with the most fervent prayers unto the Lord and His blessing; and then with mutual embraces and many tears they took their leaves one of another, which proved to be the last leave to many of them. Being now passed the vast ocean, and a sea of troubles before them in expectations, they had now no friends to welcome them, no inns to entertain or refresh them, no houses, or much less towns, to repair unto to seek for succour; and for the season it was winter, and they that know the winters of the country know them to be sharp and violent, subject to cruel and fierce storms, dangerous to travel to known places, much more to search unknown coasts.

Besides, what could they see but a hideous and desolate wilderness, full of wilde beasts and wilde men? and what multitudes of them there were, they then knew not: for which way soever they turned their eyes (save upward to Heaven) they could have but little solace or content in respect of any outward object; for summer being ended, all things stand in appearance with a weatherbeaten face, and the whole country, full of woods and thickets, represented a wild and savage hew.

If they looked behind them, there was a mighty ocean which they had passed, and was now as a main bar or gulph to separate them from all the civil parts of the world.