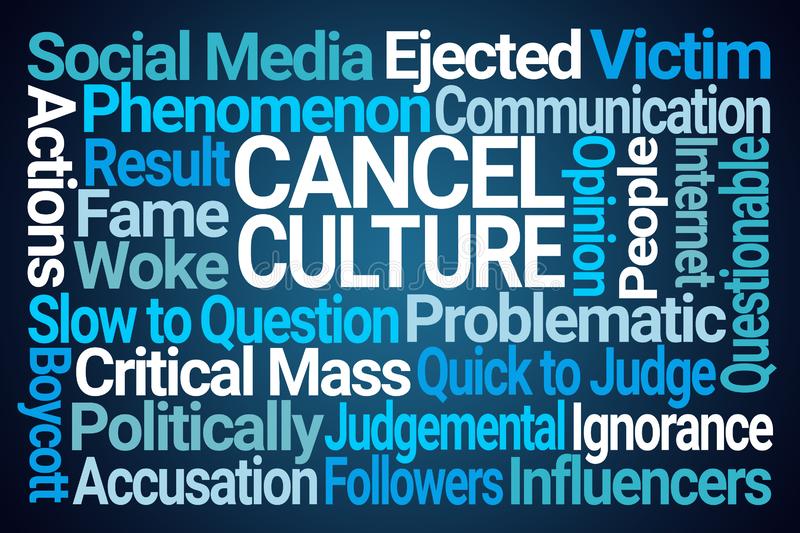 What do the following people have in common: J.K. Rowling, James Bennet, Stan Wischnowski, Megyn Kelly, Doug Adler and Franklin Graham? They are all victims of the "Cancel Culture." How does one walk into the cross hairs of this venomous nest of snipers? The "Cancel Culture," are groups of  militant ideological centered "woke" folks, who stalk the media, political speeches, schools, universities, government, military, churches, large corporations and small businesses. These folks are looking to be offended by those who are not "woke," which would be anyone who dares to tell the truth or expresses an opinion contrary to the ideologies of the  LGBT community, Black Lives Matter, ACLU, The Rainbow Coalition, Southern Poverty Law Center, Green Peace, Planned Parenthood, NARAL, ANTIFA, La Raza (NCLRL), etc. The weapons from their arsenal include, lawsuits, threats to media corporations to drop their sponsorship and advertising dollars from "offenders," demonstrations outside of the targets personal residence, vandalism and violence. Corporations are so intimidated by the "Cancel Culture" that you can lose your job by not being in lock step with their ideological demands, your own company's HR department will be leading the charge against you! However, some people do get a pass from their transgressions, such as Governor Ralph Northam, who either posed in black face or posed as a Klansman holding a hangman's noose, he won't tell us which one he was in his Medical School Yearbook. Why was he not singled out for cancellation? Maybe because he was in favor of infanticide? I don't know. How about Le Tres Honourable, Justin Trudeau? AKA  Canada's Prime Minister Black Face? Why do they get passes, while Megyn Kelly who thought dressing up with black face on Halloween was fine, she was summarily dismissed from CBS? Or how about Dennis Adler who referred  to a black tennis player as using guerilla  tactics against an opponent, which was misconstrued  by the media as gorilla tactics? He was fired from ESPN. James Bennet fired from the NYT for printing an opinion piece written by  Senator Tom Cotton. Another newspaper man, Stan Wischnowski, fired from a Philadelphia newspaper for a headline stating, Buildings Lives Matter Too. Franklin Graham's Samaritans Purse organization spent a million plus dollars, erecting and staffing an intensive care hospital in Central Park, during the CoVId-19 crisis in NYC. He was prevented from erecting another facility inside an Episcopal Church in NYC, because of his Orthodox Christian beliefs, that marriage is between a man and a woman. Samaritans Purse responds to disasters around the world and has never denied care to anyone. Despite his honorable record he was subjected to demonstrations by the LGBT community, nasty comments by the mayor, a gay city council member, and given a bum's rush out of the city, by the Episcopal Bishop. He never received the thanks from the city he so graciously served in their time of need.

If you think this is not going to affect you as long as you mind your own business, you are wrong. If we don't put a stop this nonsense we will be living in an oppressed society like the  P.R.C. Our very freedom and liberties are under attack by a vocal minority of the population. Our schools and Universities have been indoctrinating the next generation ,who have swallowed these ideological lies, hook, line and sinker. This is not the America I grew up in. We need to stand up to these cultural bullies and defeat the enemies of faith, liberty and freedom with the truth, prayer and the ballot box. Get on your knees before God Almighty not the BLM movement. If you do nothing, "they" will be coming for you, and we might as well swear allegiance the country of CHAZ.