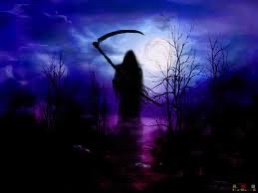 Proposed legislation from lawmakers in the Netherlands would allow healthy patients over the age of 75 to agree to assisted suicide simply because they no longer wish to live.

New research found that almost 94% of physicians in Flanders, Belgium, support infanticide of babies born with disabilities. In 2012 two medical ethicists argued for legality of this practice in the British Medical Journal. " Both a foetus and a newborn certainly are human beings and potential persons, but neither is a person in the sense of subject of a moral right to life," they concluded. The authors advocated for infanticide in all cases, whether or not the baby has a disability.

Assisted suicide in the United States is currently legal in Washington, DC, California, Colorado, Oregon, Vermont, Maine, New Jersey, Hawaii and Washington. Abortion has been legal in all 50 states since 1973. Some States allow abortions at any stage of pregnancy up to and including birth, as does New York. We are not far behind the Netherlands and Belgium in terms of the radical views on the value of life in our society.

What is the driving  impetus to kill our elderly and our children? The secularization of our society brought about by the declining influence of Judeo / Christian values is certainly the big part of it. Adoption of a nihilist philosophy by many has led to the conclusions of, no God, no objective truth, no morals and no value to life. So friends, we have a choice, one path leads to despair and death and the other path leads to life and life eternal. There is no middle ground. Where do you stand?

Note: The two news pieces about the Netherlands and Belgium were from Leah Hickman's weekly newsletter,  Life Lines. Leah is a reporter for World magazine. Last Friday, the Supreme Court in a 5-4 decision, declined to hear an application for injunctive relief, in the case of Calvary Chapel Dayton Valley v.  Steve Sisolak, Governor of Nevada, Et Al. The facts of the case are straight forward. Governor Sisolak issued an edict in the midst of the Covid 19 outbreak to limit the attendance of worshippers in any Church, Mosque or Synagogue to 50 people, despite the size of such buildings and the numbers in the congregation, at the same time Casinos, Gymnasiums , Restaurants and Bars were allowed to operate at 50% capacity. In the case of the Casinos because of their large size, thousands of patrons may gamble at a time, whilst places of worship are extremely limited. In a scathing dissent by Justice Alito, joined by Justice Thomas, he wrote, "That Nevada would discriminate in favor of the powerful gaming industry and its employees may not come as a surprise, but this Court's willingness to allow such discrimination is disappointing. We have a duty to defend the Constitution, and even a public health emergency does not absolve us of that responsibility." Justices Gorsuch and Kavanaugh wrote separate dissents. Gorsuch wrote, "... there is no world in which the Constitution permits Nevada to favor Caesars Palace over Calvary Chapel." What happened? Chief Justice Roberts sided with the liberals again. Politics and an election year may have weighed heavily in Roberts decision, but in a straightforward case such as this, it should not have mattered.

In the Federalist papers Hamilton said that the Judiciary branch would be the weakest of the three branches because it had " no influence over either the sword or the purse, ... It may be said to have neither force nor will, but merely judgement." Is this the case of our modern day Supreme Court? I think not! Given the decisions on abortion, redefinition of marriage and religious liberty, the judicial branch has become the most powerful and pernicious branch of government, changing our society one ruling at a time. Judgements do not entail activism from the bench.  What happened to calling balls and strikes? 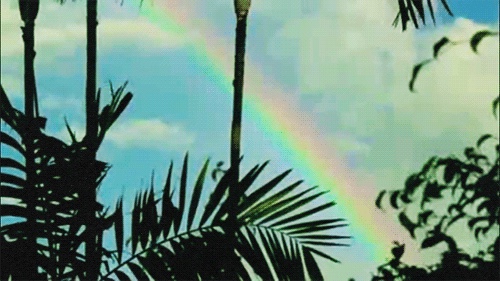 An article written by Randy Alcorn entitled, "In Challenging Times, Seek Your Satisfaction in God and His Word," is advice to live by and is too often ignored  or not taken seriously enough by many. Alcorn reminds us of the solace that can be obtained by daily reading and meditating on God's word.   "Satisfy us in the morning with your loyal love! Then we will shout for joy and be happy all our days!" (Psalm 90:14)