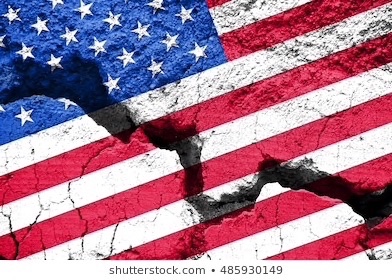 There was nothing like the 2020 presidential election to highlight the division in America. Here is why I feel it is irreconcilable. Philosophically incompatable worldviews, one side believes in the reality of absolute truth, the other side embraces relativism. The Judeo-Christian faiths, have been replaced by a naturalistic and secular worldview. Although the left will identify themselves, as people of faith, they have no moral reluctance in supporting abortion, same sex marriage and ignoring the biological fact that our chromosomal makeup determines our gender, opening the door to a seemingly infinite number of  pseudo sexual orientations. These views lead to  the denigration of the value of life, an assault on the nuclear family and destruction aimed at the very moral fabric that once bound us together as "one nation under God."  John Adams one of the framers of our Constitution said, "Our Constitution is designed only for a moral and religious people. It is wholly inadequate for any other." Is it any wonder why we see our constitution being shredded right before our eyes? "Rights" are found where they do not exist. The very separation of powers, so fundamental to our Republic, has been breached, by a methodical well planned attack. Congress's sole power to legislate, has been trumped by the Supreme Court. Once it is determined by the left, that they cannot pass legislation to their liking or strongly object to a law in place, they run to the Supreme Court, where activist judges legislate from the bench. This is possible because they were very careful to fill any openings with partisan activist judges. This is nothing new, because they have controlled the Supreme Court this way for over 70 years. The system has been gamed to achieve the most radical legislation that never would have passed muster through Congress. Now that the Court has recently experienced an unprecedented number of openings, three justice's, have been replaced with judges who respect the Constitution and the rule of law. The left has a plan B. Plan B is to increase the number of judges on the court and pack it with partisan hacks. In addition they want to add an additional 2 states to the Union (Puerto Rico and The District of Columbia), thereby consolidating power in the Senate. Once they have all three branches of government, they eliminate the Electoral College and lift immigration restrictions. Now they have a permanent majority of the popular vote and we will elect our President as if he or she were running for Prom King or Queen. One party rule is the goal. This is not conjecture on my part at all, they have said as much publically, and we are seeing it play out right under our noses. Welcome to "The United People's Republic of the Americas." How can one compromise with this when Truth, our Sovereignty and our Republic is being replaced by a godless mob rule? God help us all.

I came across Albert Moehler's latest, "Thinking in Public" episode, which is an interview with author Rod Dreher about his latest book ,"Live Not by Lies." I found it rather frightfully compelling, particularly in light of the Senate Commerce Committee's  recent grilling of the CEO's of Twitter, Facebook and Google. The power over the public discourse via the platforms they wield, to suppress free speech, that differs from their own political viewpoint, is egregious. They hold the information over our heads, like the sword of Damocles, collecting it, storing it and disseminating it, to uphold or destroy whomever or whatever they please, all the while making exorbitant piles of money. Shaming them in front of a Senate committee has little impact on their behavior, even when the evidence against them is so damning. Listen to the interview which discusses what could be a dystopian nightmare coming our way especially for people of faith.

A Tale of Two Cities 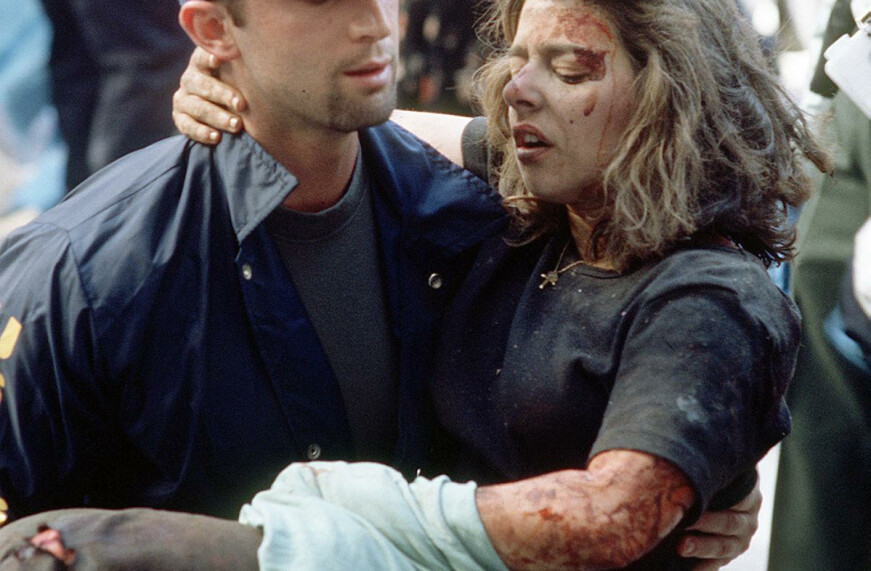 Nineteen years ago 2,974 souls perished in the initial attack, on that fateful day, the 11th of September, 2001. Many including myself witnessed the attack, live on television. I remember sitting transfixed, watching the Twin Towers collapse and the explosive force of it propelling  debris, smoke and ash covered people, down the streets of midtown Manhattan. I also saw police, firefighters and first responders, without hesitation, running towards the chaos, not away from it. Why did they do this? Why were these folks running up the stairs into the smoke and fire, while others streamed down the stairs to safety? A big part, you might say is their training, and that is an important part of it surely, but it is an innate sense for the value of life put into us by the Creator, that some chose not to ignore and rush into harm's way to save life, without thinking of their own. It is a love for life and their fellow man that motivates them to step into the breach. The bible tells us: "Greater love has no one than this, that he lay down his life for his friends." (Jn15:3) How much more so for strangers?

In the midst of such tragedy and destruction New Yorkers turned to the Church and God for solace, comfort and for answers. Churches were packed and even Yankee stadium was filled to capacity for an interfaith service.  Prayers were offered up to God for mercy, grace and peace for those lost and left behind that day.

The search, rescue and recovery effort was monumental. The search for those still alive and those lost in tons of rubble continued 24/7. Many  braved the threat of imminent danger from the collapsing rubble and breathing in and absorbing the toxic brew of chemical pollutants that  insidiously haunted the site, which in time, would claim even more victims.

Fires continued to burn 99 days after the attack as 108,000 truck loads of rubble were hauled away. Over 1.8 million tons of debris were removed  from Ground Zero to an off site landfill.

Each year thousands gather at the site of "Ground Zero," To remember, and grieve the loss of family and friends taken from us prematurely.  All 2,974 names are read  aloud and a bell tolls for each one lost that day. Why do New Yorkers still do this?  Because they know the value of life , each life matters and had a purpose in being. We are all made in the image of God.

Fast forward 19 years, New York is recovering from a pandemic that took the lives of 23,739, almost 10 fold to those lost on 9/11. This is not the same city that responded to 9/11.  What happened?  One thing that was the same, was how health care workers reported for work every day, saddled  with inadequate resources to safely treat the massive surge of sick patients flooding the hospitals city wide. Many came out of retirement or volunteered their professional services exposing themselves to a virulent invisible virus that rampaged through the city, despite the known and unknown risks, they were taking with their lives. Their motivation was the same as the first responders rushing into burning buildings. Thank God, we still have such selfless people.

There is a difference in the New York City of 2001 and the "New York," of 19 years later. Instead of opening churches for folks to worship and pray they were deemed non-essential and closed. The mayor threatened to close permanently any church or synagogue that dared to do so. Over one-million people lost their jobs and businesses in the restaurant sector alone, due to government shutdown mandates. It is speculated that 2/3 of the small businesses will never return.

Samaritan's Purse a Christian faith based organization, set up an intensive care field hospital to help care for the sick, were discouraged from opening another facility, because they were deemed to be homophobic by the mayor and city council. They were summarily asked to leave with no thanks for the great selfless work they had performed at the behest of Mount Sinai Hospital and the people of New York. No discrimination took took place nor has Samaritan's Purse ever discriminated on the basis of sex, race or national origin. In addition Hospitals who recruited out of state  professionals to relieve doctors, nurses and other exhausted health care workers were told that they would indeed have to dock NY State income tax for any stipend paid out for services.

Then in the midst of the pandemic came the rioting and looting because  of an incident in Minnesota. The very police and first responders were now considered pariah's and racist,  when only 19 years ago were  hailed as selfless heroes. Police were held back from doing their job while being assaulted. They then suffered the embarrassment of having their department defunded, personal lawsuits and job loss. Meanwhile the streets became lawless and more businesses were destroyed adding to the economic toll of the pandemic. Additionally, 75% of the deaths from the Covid-19 virus was attributed to the governor's mandate that all Nursing Homes had to accept Covid positive patients, for whom they are not equipped to handle. The disease spread and more people died.

The big difference is in the leadership of the people, a stark contrast exists between Governor Pataki ,Mayor Giuliani and Governor Cuomo and Mayor de Blasio. The former had a love and respect for life, people and governed as such. The latter do not. Political ideology rules . The respect for people's livelihoods, spiritual well being and their very lives falls to the wayside in favor of identity politics. New York state has the most egregious abortion policy and joyfully celebrates it, shamelessly. Even on September 11th, nineteen years later this Mayor would not allow the public 9/11 service to take place. Fortunately there was a huge push back and the lost were remembered, as they should have been.

So are there still good people left in NYC ? Of course there are, perhaps many lost their way in the ideological politics of the left and now have been awakened by the consequences. Which New York City do you want to live in? The present day chaos or the city as it was 19 years ago? Our God is a God of order, chaos is a sign of the evil one. It is up to the good people of New York to restore law and order to the streets. They need to elect leaders who value peoples work and their right to feed and support their families, unencumbered by fear and lawlessness.  It all boils down to, fearing God and loving the gift of life from our Creator.